What is a Non Disclosure Agreement (NDA)?

Other Names of the Non Disclosure Agreement : 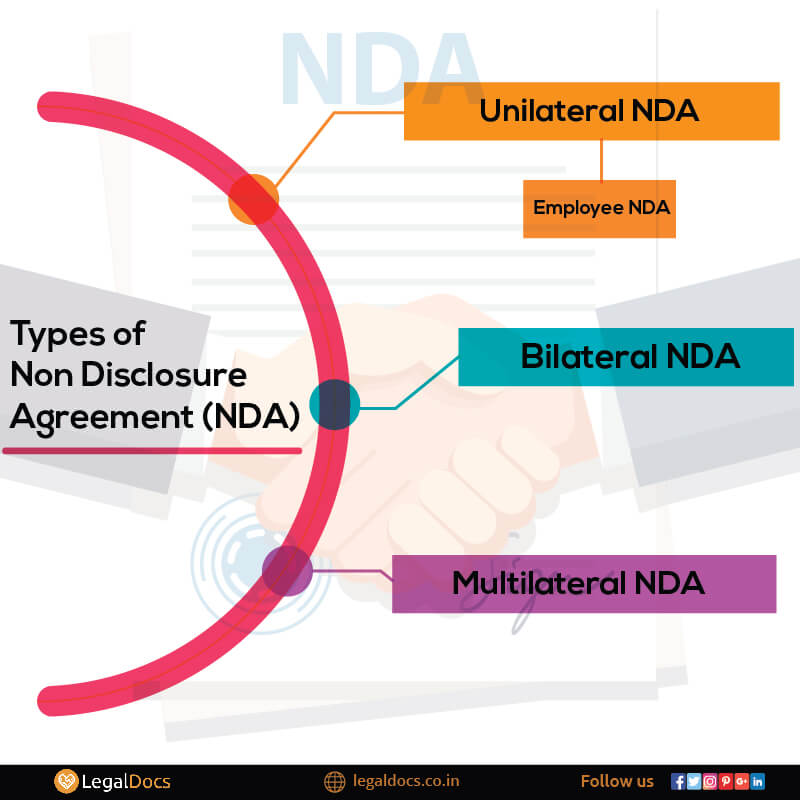 How does entering into a Non Disclosure Agreement helps?

Following are some major benefits of entering into an NDA -

Precautions to be taken while entering into a Non Disclosure Agreement:

There are various events or circumstances under which an NDA shall be entered into and signed. Few of them are as follows:

so as to keep it secured as per the terms of the Non Disclosure Agreement which are inserted to protect the proprietary information from being misused.

Is it mandatory to print a Non Disclosure Agreement on a stamp paper?

It is not mandatory to get an NDA printed on a Stamp Paper. An NDA can be printed on a letterhead of the company and signed by the parties on both sides of each page of the NDA

If you choose to print the NDA on a stamp paper, get it printed on a non-judicial stamp paper or e-stamp paper (available in certain states). Have the NDA signed in the presence of witnesses. After this you are required to get the NDA Notarized.

How to know the value of a Stamp Paper?

Does a Non Disclosure Agreement need to be notarised?

What is the difference between Non Disclosure Agreement with Witness and Without Witness?

Limitation period means the legally specified period beyond which any legal action may not be entertained in the court of law.

Is Registration of a Non Disclosure Agreement necessary?

As per the Indian Contract Act which governs the Non Disclosure Agreement in India, registration of an NDA is not Mandatory. But it is advised to register an NDA as it becomes easy to prove the validity of the document as well as to prove your case.

What happens if you break the NDA?

The penalties over the breach of the agreement are generally specified in the agreement itself and the breaches or infringement are accordingly dealt with. If in any agreement the penalty is not specified, it is clearly mentioned that the person guilty of violation or breach of contract shall be sued for such misappropriation.

But, as soon as the ‘confidential information’ covered under the NDA becomes public, the Non Disclosure Agreement has no effect and it comes to an end.

It is more vital to specify the Jurisdiction where the person from the foreign country is a party to the contract, else it could be a hugely expensive court fight!

A current account is a type of deposit account that helps the professionals and businessmen to run their business. Businessmen can avail various benefits by Online Current Account such as:

Online current account reduces the hassle and provides the benefit to complete the banking process anytime and anywhere.

Are you Ready to Grow your Business?

What is the purpose behind entering into a Non-Disclosure Agreement (NDA)?

When a party discloses any valuable information/data, in a physical or electronic form to the other party, to avoid any leakage of such valuable information/data and to transfer the same in a secured manner the Non Disclosure Agreements are made. Thus, Non Disclosure Agreements are very useful while sharing a confidential information with the other party in a secured way so as to avoid any unlawful activity.

Who is the ‘Disclosing Party’ under NDA?

The Disclosing party is the one who discloses the confidential information to the other party under the Non Disclosure Agreement.

Who is the ‘Receiving Party’ under Non Disclosure Agreement?

When one party agrees to disclose any valuable and confidential information with the other party under Non Disclosure Agreement, the party who receives such information is called as a ‘Receiving Party’.

What is the basic obligation of the ‘Receiving Party’?

As the recipient of the information, it is the duty of the recipient to not to disclose the received confidential information/data under the terms of the Non Disclosure Agreement to any third party beyond the specified terms.

What is Confidential information in a NDA?

Who can enter into a Non Disclosure Agreement?

NDAs can be entered into by any individual, society, corporate bodies and anyone who is referred to as a person or separate legal entity in the eyes of law, who is willing to disclose and/or receive some confidential information to and/or from the other party to the agreement.

What is the difference between an Agreement and a Non-Disclosure Agreement ?

Is registration of an NDA compulsory ?

If the document (instrument, agreement or contract) is instituted for transaction of an immovable property, need of Registering a document arises. In case of a Non Disclosure Agreement which is entered into purely for exchange of the business information, it can be get printed on a non -judicial stamp paper of adequate value and get it notarized. This will give enough validity to the agreement in the eyes of law.However, if you want to register the Non Disclosure agreement, it can be registered as per the Registration Act, 1908 by approaching the sub registrar office of your city or district. Each state has separate rules for charges and procedure of registration.

What is the time period for which a Non Disclosure Agreement can be operative?

Why is there restriction on disclosure of Confidential Information ?

What if anyone wants to add additional clauses to the Non Disclosure Agreement?

If any of the party wants to add any additional clause, then it can be added with prior consent of the other party.

What is ‘Effective period of Rights, Obligations or Liabilities of each party’ ?

‘Effective period of Rights,Obligations or Liabilities of each party’ means the period during which one party is answerable to the other party in the event of violation or non performance of any rights, obligations or liabilities specified in the Non Disclosure Agreement.

What is the purpose of putting restriction to initiate the contact with employees of either party?

As the parties agree to enter into a deal with each other, they get an access to the employees of the other party. Sometimes, there are chances that the party may try to entice the employee(s) for their own benefit which could turn out to be a major loss for the other party. Thus, to avoid such unlawful activity there shall be certain restriction on initiating the contact with employees of either party.

Why is it important to verify or audit the safety measures taken by the Receiving Party to prevent the misuse of disclosed confidential information?

What is the legal provision available for breach of confidentiality?

Arbitration, a form of Alternative Dispute Resolution, is a process of dispute resolution, outside the court, where the dispute is resolved in a friendly and peaceable manner through the elected arbitrator(s) and where the decision of the arbitrator(s) is determined judicially and has binding effect on all the parties.

Who is an Arbitrator?

An arbitrator can be understood to be a private judge hired by the disputing parties to resolve their dispute. Unlike in Courts, the parties have an option to choose their own Arbitrator. There could be one Arbitrator appointed mutually by the parties or each party may appoint their respective Arbitrators and in case of conflict of decision between the Arbitrators, the decision of the chief Arbitrator will be final and binding upon the parties.

Who can be the Arbitrator?

There are no certifications or qualifications to be an Arbitrator thus, anyone who is of legal age and of sound mind can be appointed as an arbitrator. Many retired or former judges also hold themselves out as arbitrators. The parties also have an option to appoint an Arbitrator from Arbitral institutions.The Government of India has made an Arbitral institution called as ‘Indian Council of Arbitration’ (ICA) which maintains a wide range of experts in various professions, trade and businesses. ICA ensures that the person is chosen as Arbitrator for their knowledge, experience, impartiality and integrity.

Who can be the Arbitrator where one of the parties is a foreign party?

If the party chooses to appoint an Arbitrator from ‘Indian Council of Arbitration’ (ICA), there are arbitrators for foreigners in their panel which maintains expert arbitrators. This enables the Foreign parties to choose arbitrators of other nationalities whom they consider more suitable.

What is the Role of an Arbitrator?

An arbitrator serves as the decision-maker and 'referee' in an arbitration proceeding, much like a judge during court litigation. The arbitrator is bound by the rules outlined in the ‘Arbitration Clause’ of the agreement in the dispute.

Is it compulsory to refer a dispute to an Arbitrator?

It is not compulsory to refer a dispute to an Arbitrator. There can be reference to arbitration only if there is an arbitration agreement or arbitration clause in the agreement in dispute, between the parties. Thus, if as per the Agreement to the dispute the Arbitration is binding, the parties cannot seek a reversal of the decision in court, except under very few circumstances. However, help of the court can be taken by the party, in whose favour the decision is given, to enforce the arbitrator's decision.